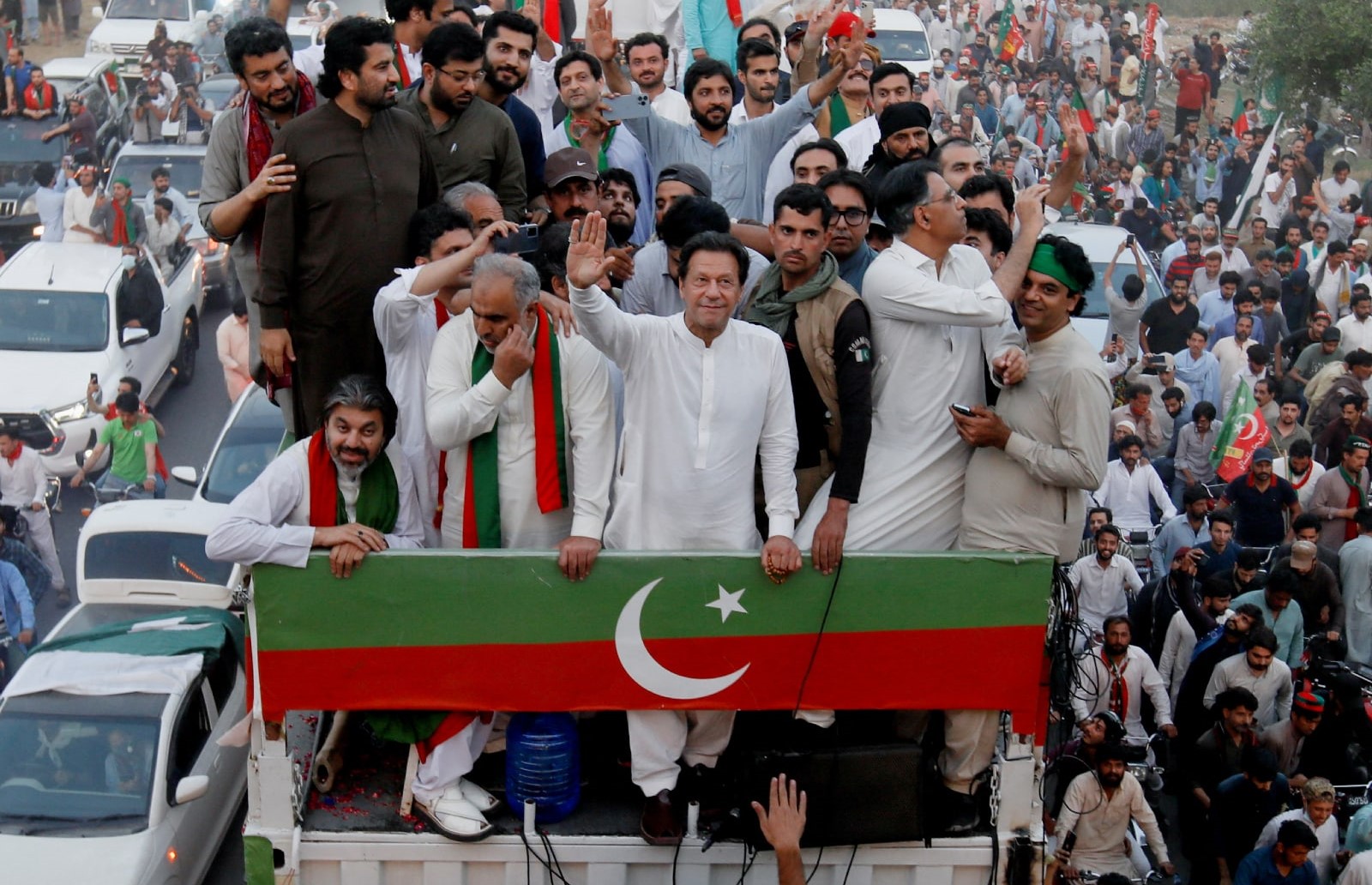 Imran Khan, Former Prime Minister of Pakistan, Survived the shooting of an Haqiqi Azadi protest convoy against a corrupt government. But one person was killed, and five were wounded, including himself. The suspected shooter has been arrested. Stated that he wanted to kill Khan. Because he made the people astray

Imran Khan, Former Prime Minister of Pakistan, Survived a car accident while leading a convoy of protesters demanding new elections in was rabid city east of Pakistan. The city is far from Islamabad. Which is the destination of anti-government protests, almost 200 kilometers

Khan’s spokesman said: Khan was shot and wounded in his right shin and was one of at least five people injured who supported Khan in a protest vehicle. And one person was killed in this incident. He confirmed that Khan’s condition was safe. But is waiting for surgery. The Lahore hospital treating Khan confirmed that Khan was not in danger. Initial x-rays found shrapnel embedded in his leg. Recently, it was reported that Khan had stabilized.

Pakistani police have released a clip of one suspected gunman, aged 20-30, who confessed to acting alone. And wanted to kill Khan. Because Khan is deceitful, people make him unbearable.

Al Jazeera news agency reported that none of the groups claimed to be behind the assassination. And the Minister of Information confirmed that the police recorded the video clip.

Police have not released a statement about the incident. But Khan’s supporters say as an assassination and accused the current Pakistani government of being involved. Because he wanted to get rid of the Khan

Khan, 70, is a former world-class cricket star turned political player. He was an assassination attempt on the 7th day of joining a car protest calling for new elections, which has a destination in Islamabad, Pakistan’s capital, with Khan leading this protest.

There is footage of the incident as Khan was shot. He stood on the truck’s container with several supporters. Before being bombarded with several shots, Khan dodges the bullets, and the surrounding people defend him. Khan was in good spirits after being shot and wounded. While being taken to the hospital by car

In April, Khan was ousted as prime minister in a no-confidence vote in the Pakistani parliament. He led this protest by car. To call on the government to hold early elections, the Pakistani government insists on holding elections next year as originally scheduled.