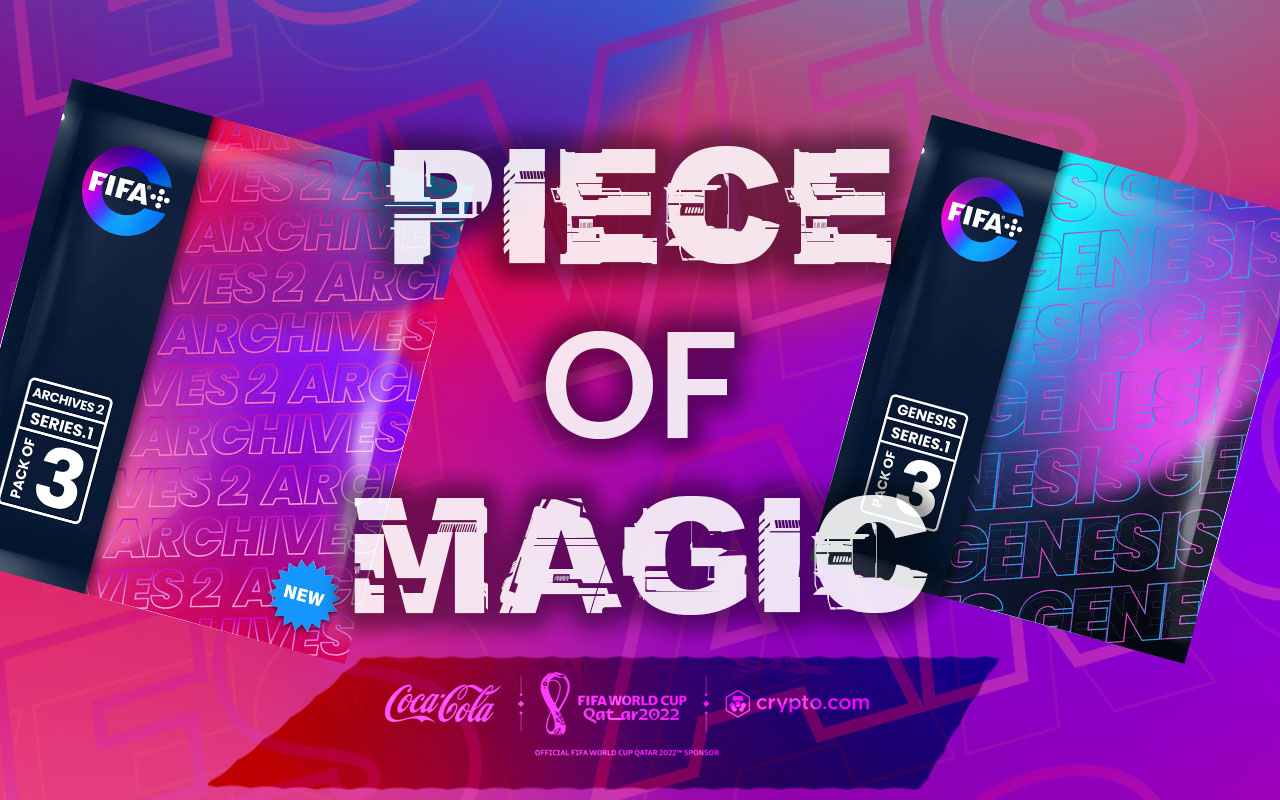 FIFA partners with Coca-Cola and the Crypto.com platform to create 10,000 exclusive artworks created by artist Gmunk dedicated to the World Cup in Qatar

Collectibles are nothing new among football fans. Whether with an autographed shirt or a rare sticker to stick on the World Cup album, sports lovers have been spending money for years to immortalize their passion — and now, FIFA seems prepared to expand the portfolio and bring NFTs to this universe.

It is not surprising, then, that FIFA decided to release a collection of NFTs dedicated especially to the World Cup in Qatar, considered the “newest form of memorabilia [items worthy of memory] that will live forever on the blockchain.”

The organization announced a partnership with Coca-Cola and the Crypto.com platform to create 10,000 eclusive arts created by digital artist Gmunk. According to the artist, the artwork “embraces the spirit of football and portrays a unique visual story for each match.”

“It is a privilege to partner with Coca-Cola and Gmunk to honor these historic matches that will forever be recorded on the blockchain. Together, we are creating a completely new form of memorabilia.”

The works will be inspired by the ‘heatmaps’ — that is, by tracking players’ movements in matches — uniquely created by each team’s field attacks, tackles, and victorious goals.

FIFA NFTs will be available to football fans worldwide from the Coca-Cola Fan Zone, the company’s digital hub for the World Cup in Qatar, which allows fans to interact with each other.

To access the arts of the NFT Coca-Cola’ Piece of Magic’, it will be necessary to create an account on the Crypto.com platform, register on the Coca-Cola Fan Zone page, and click on the “NFT” banner.

“The FIFA World Cup in Qatar is about bringing magical moments to life on and off the pitch for millions of fans across the region and beyond,” said Nazli Berberoglu, FIFA World Cup General Manager at The Coca-Cola Company.

“NFTs inspired by Gmunk’s ‘heat map’ will capture the passion and determination shown by players during the World Cup — as they battle it out on the pitch, their athleticism and performance will inspire incredible digital art.”

FIFA and the NFTs

It is worth noting that FIFA’s new partnership with Coca-Cola and Crypto.com is not the organization’s first initiative in NFTs for the World Cup in Qatar.

In September, the International Football Federation launched Fifa+ Collect, a platform that revolutionized the concept of classic sticker albums.

The site unites audio, video, and digital collectibles in the format of NFTs. However, the soul of the memorabilia remains the aesthetic and emotion of the mysterious sticker packs.

The platform was heralded as “a once-in-a-lifetime opportunity to build a personal digital collection and be part of the richest and most authentic football legacy of all time.”

The site offers NFT packages that contain three historical football moments in randomly selected videos. With this, collectors will only know which bids won after completing the purchase.

“As well as memorabilia and stickers, this is an accessible opportunity for fans around the world to engage with their favorite players, defining moments, and much more on new platforms,” ​​announced FIFA Business Director Romy Gai.

The World Cup collection series feature exclusive and limited edition lines, and prices start at $1. Pack values ​​also depend on the rarity of the NFTs, which range from iconic, epic, rare, and common.