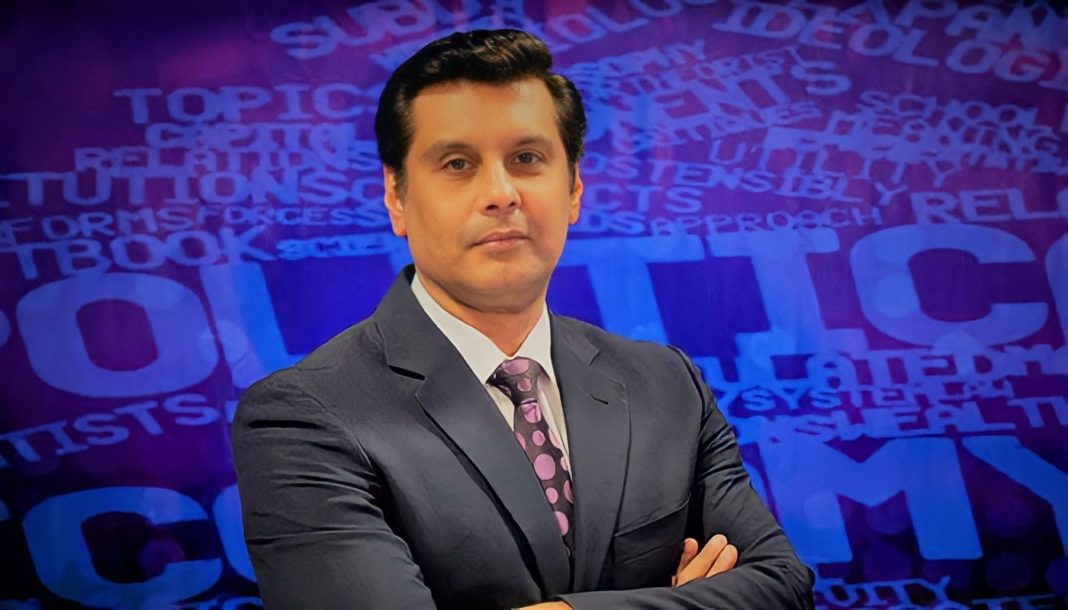 Senior Journalist and anchorperson Arshad Sharif has been shot dead in Kenya’s capital of Nairobi.

Sharif’s wife, Javeria Siddiqui, took to Twitter and confirmed the tragic news, acknowledging that her husband was killed in Kenya.

She also urged the media and the public not to share their family pictures, personal details, and Sharif’s last pictures from the hospital on social media.

I lost friend, husband and my favourite journalist @arsched today, as per police he was shot in Kenya.
Respect our privacy and in the name of breaking pls don’t share our family pics, personal details and his last pictures from hospital.
Remember us in ur prayers. pic.twitter.com/wP1BJxqP5e

The sources said that local police have initiated a probe and are investigating the matter.

Before the confirmation from his wife came to the fore, some earlier reports had indicated that Sharif had died in an accident.

Sharif was previously associated with ARY News and had gone to Dubai after resigning from the channel. Before going to Kenya, he was spotted in London a few days after arriving from Dubai.

Following Sharif’s death, condolences started pouring in from across the country.

My brother,my friend my colleague arshad shareef was shot dead in Kenya..I still can’t believe it. It’s beyond heart breaking.this is just wrong.. this is painful.. I love u brother

Arshad Sharif, not just a colleague, a brother, is no more. From Islamabad to Moscow, from Dunya News to ARY, I’ve not known a finer gentleman.
Shot dead. Too young. Too brutally.

Still can not wrap my head around it

Unbelievable. May Allah rest the soul of Arshad Sharif in peace. Ameen. https://t.co/l6ELwdCCYK

اِنّا لِلّٰهِ وَاِنّا اِلَيْهِ رَاجِعُوْن
Extremely sad to hear the devastating news about Arshad Sharif. May his soul rest in peace.. Thoughts and prayers with his family.

“Arshad Sharif shot dead in Kenya” can’t believe!. HEART BREAKING STUNNING ASTONISHING. Few news accounts speak of Arshad killed in traffic accident? Kenyan officials and GOP must act fast to get us facts on this devastating news about one of Pakistan’s most prominent journalists pic.twitter.com/xmoLEVYgpq

A day later, the Interior Ministry canceled the channel’s no-objection certificate citing “adverse reports from agencies” as the reason behind the decision. This decision was later reversed after an order of the Sindh High Court.

The FIRs, which were registered in Hyderabad and Karachi, included Sections 131 (abetting mutiny, or attempting to seduce a soldier, sailor, or airman from his duty), 153 (wantonly giving provocation with intent to cause riot), and 505 (statements conducing to public mischief) of the Pakistan Penal Code.

The FIRs referred to Sharif’s comments in a conversation with journalist Matiullah Jan on his YouTube channel, wherein he allegedly “disrespected” state institutions and uttered statements that attempted to “spread hate in the army and create a hateful atmosphere.”

Another FIR in Dadu, under PPC Sections 131, 153, and 505, mentioned Sharif and ARY News journalist Sabir Shakir.

The FIR said that “derogatory language” regarding state institutions was used in a conversation between the two, and analogies were drawn to Mir Jafar and Mir Sadiq.

It added that the two incited people against the army and state institutions.

Subsequently, Sharif left the country.
The ARY Network later announced it had “parted ways” with Sharif without citing a specific reason but stating that it expects its employees’ conduct on social media to be in line with the company policy.

The company, however, did not mention the social media post for which Sharif was let go.
President Alvi awarded Sharif the Pride of Performance in March 2019.

Arshad Sharif was born in Karachi, to a Commander of the Pakistan Navy, Muhammad Sharif, on February 22, 1973.

He began his freelance journalism career in 1993 while still a student. He received his Master of Science in Public Administration from the Quaid-i-Azam University, Islamabad.

He specialized in investigative journalism and covered many political events in the country for national and international news organizations, including the United Kingdom. On March 23, 2019, he was awarded the Pride of Performance by President Arif Alvi for his contributions to journalism.

Arshad hosted the Power play on the news channel ARY News. He served on Aaj News as News Director. Before joining Aaj, he was leading the news team of Dunya TV as Director of News and the host of the program Kyun.

He worked as a Bureau Chief of Dawn News in 2011.
His first media job was with a weekly publication, Pulse. He served as a columnist, reporter, and managing editor in 1999.