How to Transfer WhatsApp Data from Android to iOS 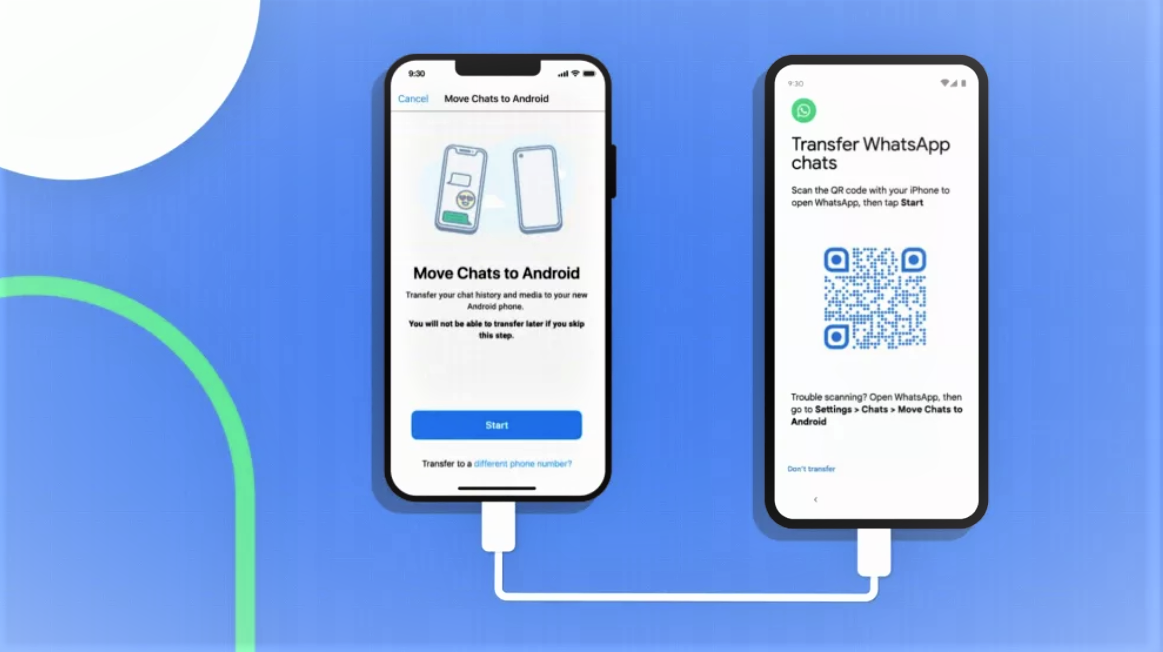 Users who switch from an Android phone to an iPhone may now transfer their WhatsApp data. This feature has the potential to be a great impact on the mobile industry since many Android users are likely to be hesitant to move to the iPhone for fear of losing their conversation data.

According to Meta CEO Mark Zuckerberg, the move employs end-to-end encryption, so Meta and WhatsApp will not be able to read your data. According to Zuckerberg, this is one of WhatsApp’s most requested features since the ability to migrate data from iOS to Android was introduced last year. The Android smartphone must be running Android 5 or Android OS Lollipop SDK 21 or above, with WhatsApp Android version 2.22.7.74 or newer. The iPhone must be reset to factory settings and have iOS 15.5 or above loaded, as well as WhatsApp iOS version 2.22.10.70 or higher. The phone number must also remain the same. Data cannot be transferred from an old number to a new one.

The procedure is carried out using Apple’s Move to iOS app, which is accessible on the Google Play Store. While activating a new iPhone, follow the steps on both devices. Following the transfer, the previous Android phone will maintain its WhatsApp data until you remove it. The data copied to the iPhone will not be saved to the cloud until you perform an iCloud backup.

How to Find Your Wi-Fi Password when You Forgot It

Now You Can Delete Old WhatsApp Messages For Everyone