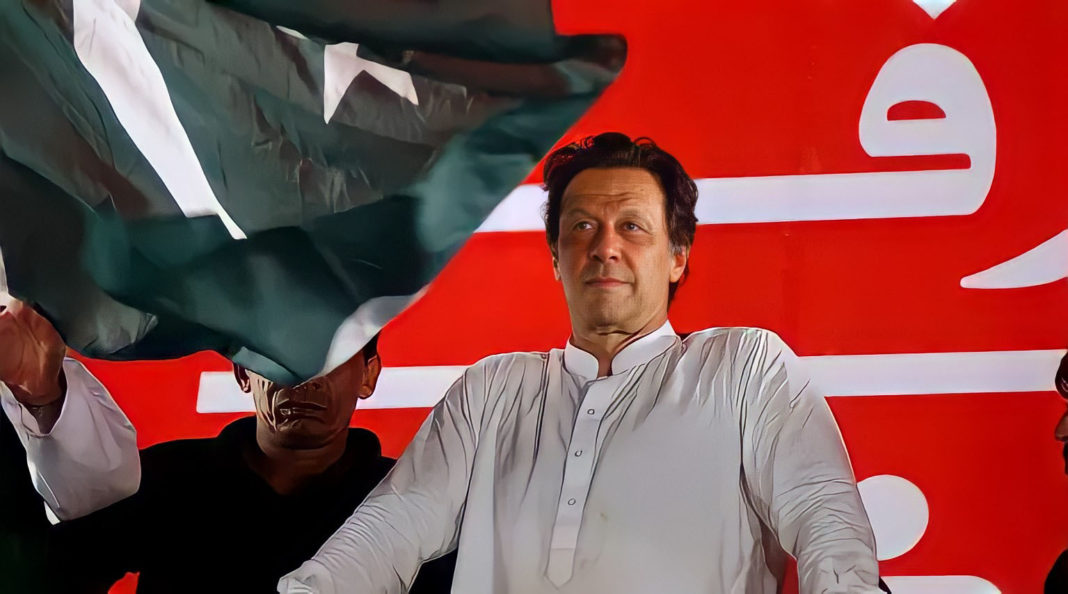 Imran Khan, Former Prime Minister of Pakistan, was removed from power on April 10th, 2022, by a parliamentary vote of no confidence. Before his ouster, Imran Khan revealed that the United States (U.S. or US) or America had plotted a coordinated conspiracy with various Pakistani opposition parties to descend his government. Since his dismissal, Imran Khan has led the nation through chaos, making it fearless and strong.

Since his removal, Imran Khan and the nation have locked eyes with regime change handlers with high spirits, refusing to accept any intervention or conspiracy. On the night of April 9th, 2022, the nation’s leader was ousted. Watching him exit with just a single diary in his hand, the conspirators thought this was the end, but it was not. It was the beginning of a new era of resistance and defiance. Unexpectedly, the nation poured out to record its protest. People from all over the country came out on April 10th, 2022. A nationwide drive against the imported government began.

Meanwhile, Imran Khan called for countrywide protests and did Jalsas to demonstrate that Pakistan is a “Zinda Qaum”, an “alive nation”, to reject the imported government imposed on Pakistan. Each time he asked the nation to come out, the country responded in style, taking their response to the streets in large-scale demonstration. Wounded by the parliamentary proceeding Imran Khan emerged as an even more dangerous player.

Finally, the former Prime Minister Imran Khan announced the Long March, the fight for “Haqeeqi Azadi”. The people again responded enthusiastically, but the imported regime resorted to fascist tactics. They unleashed the worst crackdown in decades, but the nation stood unshaken. Imran Khan decided to go back for the sake of his people, but the movement strengthened as the disqualification of the sellouts was announced. By-elections were reported, but the conditions were not fair.

The former Prime Minister of Pakistan, Imran Khan, again led a heroic campaign in all the constituencies where the by-elections were to take place. As a result, a historic turnout was witnessed. All the rigging efforts were thwarted, and the stolen mandate was regained, but instead of accepting the defeat, the disgraceful lot made cheap efforts to stick to power. Democracy was disregarded as a minority Chief Minister was installed, but the nation again refused to accept this treachery and came out to protect their mandate.

At last, on July 26th, despite all the efforts to spread chaos, power was ultimately returned to the legitimate stakeholders. The past four months have been havoc for the nation, yet the country did something it had never done before. It challenged something that was the unchallenged and carved history of resolution and grit. PTI regaining Punjab is just the beginning of achieving absolute freedom. The struggle must continue until we gain our “Haqeeqi Azadi”.