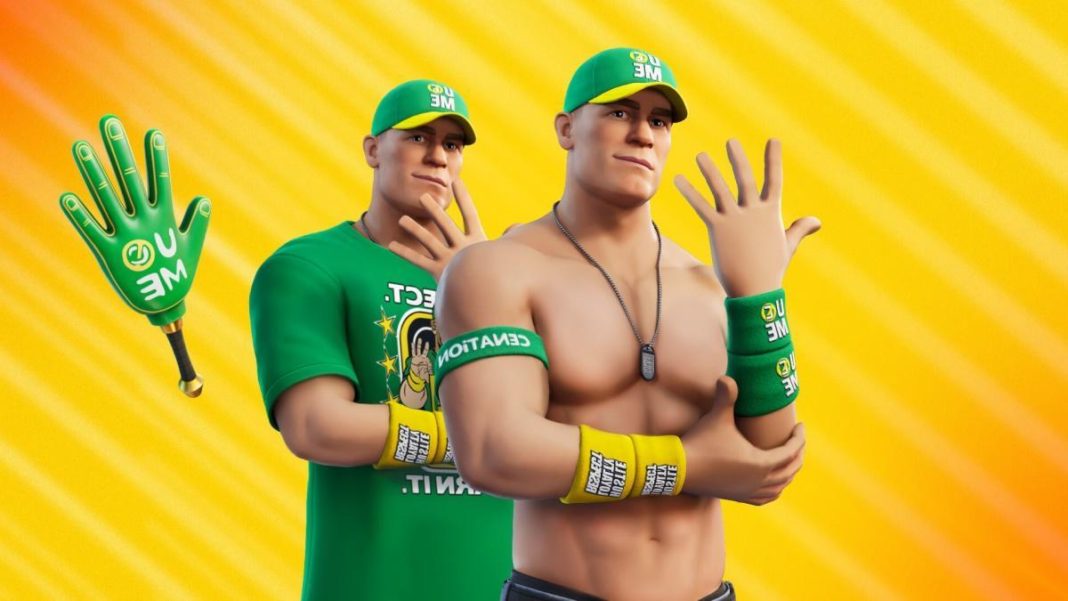 Further, the Item Shop will include other cosmetics from the John Cena Set in the form of the WWE Championship Title Back Bling that’s fitted with the John Cena Outfit as well as the Five Digit Slapper Pickaxe and the U Can’t C Me Emote. The reveal comes months after Cena initially teased his addition to Fortnite.

John Cena’s appearance in Fortnite is truly part of a more significant crossover between Epic Games and WWE called the Epic SummerSlam. Other video games owned by Epic Games like Rocket League and Fall Guys will also see WWE crossover cosmetics added. Rocket League, for example, is adding decals for Roman Reigns and John Cena while Fall Guys are adding costumes for Asuka, Xavier Woods, and The Undertaker.

You can check out what John Cena looks like in Fortnite embedded below:

John Cena will be making his debut in the Item Shop on July 28 at 8PM ET. Until then, check out our blog to see everything that will be available in his set.

It might be worth noting that Epic Games has explicitly come out and said that the John Cena Outfit does not make you actually invisible in the video game. If you are somehow not familiar, one of Cena’s most popular gimmicks is the phrase, “You can’t see me,” where he gestures in front of his face with his open hand to taunt opponents that he moves too fast to be seen. Online, however, this has morphed into a meme about Cena being totally invisible.

As noted above, the John Cena Outfit will be available within the video game’s Item Shop starting on July 28th at 8 PM ET/5 PM PT with Entrance Gear and Ring Gear Styles. Additionally, the Item Shop will have the WWE Championship Title Back Bling included with the John Cena Outfit, the Five Digit Slapper Pickaxe, and the U Can’t C Me Emote. Fortnite itself is, more generally, currently in the midst of Chapter 3 Season 3: Vibin, and is available on most major platforms in its latest form save for the iOS version — though there is a way to get around this with Xbox Cloud Gaming. You can check out all of our previous coverage of Fortnite right here.