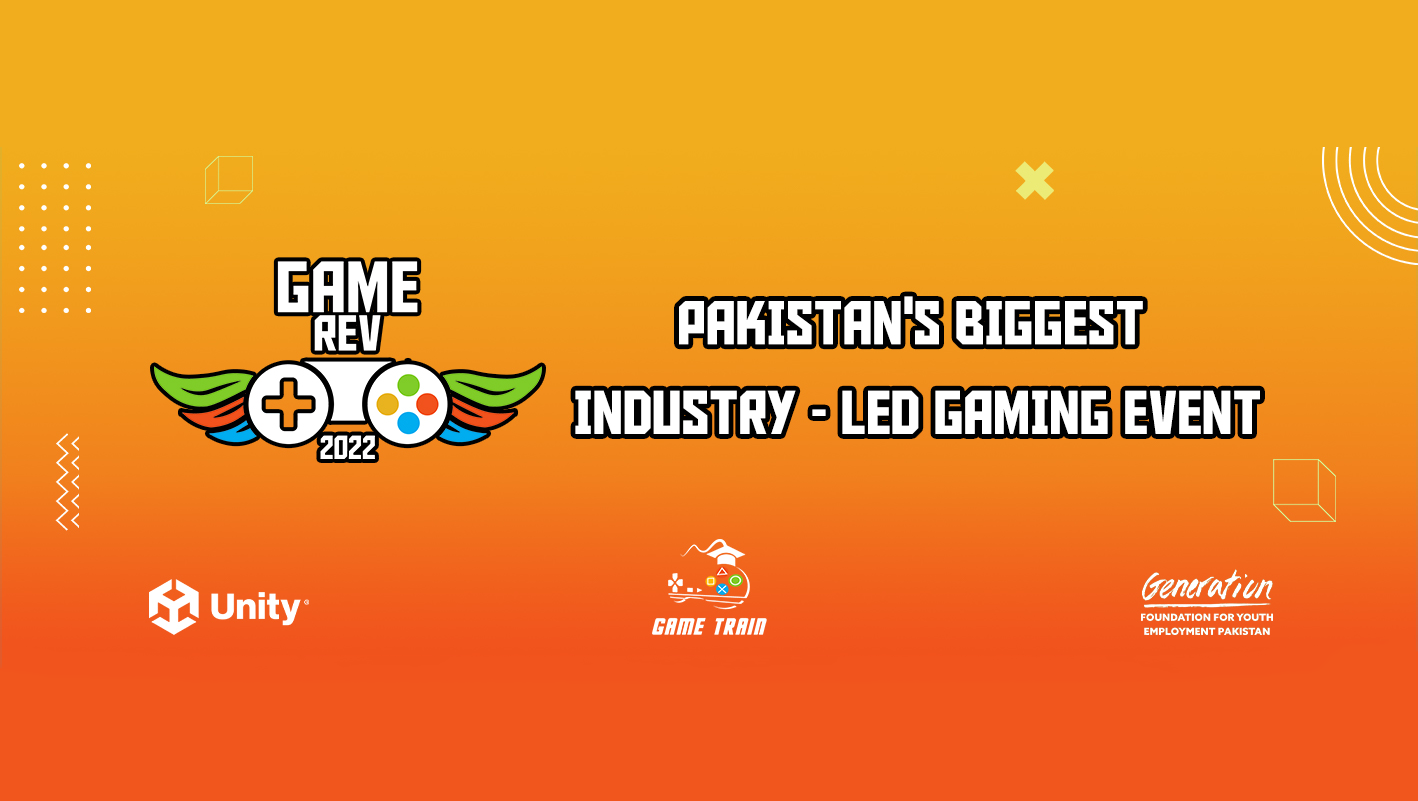 Game Rev is the idea of GameTrain, an IT accelerator to revolutionize the gaming and IT industries by bringing together industry executives, academics, students, developers, and esports stars to promote gaming as a job and way of life. As the sector’s flagship event, Game Train collaborated with its partners to produce a range of events to raise awareness and celebrate the gaming industry’s rapid expansion in Pakistan.
[wp_ad_camp_2]
With approximately 3000 persons in attendance, Game Rev launched on April 1, 2022 at Beaconhouse National University. Following a lively workshop on Game Design and Blockchain Development and a session on Work Culture in Gaming Studios, attendees were then escorted to a Fireside Chat with Industry Leaders and Academics as gamers competed in an exciting Tekken tournament.

The event featured a separate networking room for industry executives and senior professionals from 80+ firms and distinguished guests. The proceedings were concluded with an exhilarating performance by SomeWhatSuper, one of the country’s top EDM performers.

The workshop on Game Design was organized by Ali Ihsan, CEO of FRAG Games, who remarked, “FRAG intends to assist the games ecosystem; we firmly think that #ApeStrongTogether!” is an industry-driven event.

Game Train sponsored the concert and Tekken battle, which was arranged by Game Train. Game District is a growing mobile games leader with 500+ million game downloads.

“We feel that we need to be somewhere where we can see a chance to drive the game development community ahead, and we trust the team to do so,” said Saad Hameed, CEO of Game District. “Game Rev is a breath of new air for the industry and young individuals eager to progress their careers,” says the company.
[wp_ad_camp_4]
Game Rev also included the Game Jam Championship Winners’ prize distribution. Mr. William K. Makaneole, Consul General of the United States of America, presented cash awards to the winners of Game Train’s biggest Game Jam Championship, sponsored by Unity & Generation Pakistan.

“The energy and passion at this Game Rev have been beyond our expectations,” said Gauher Aftab, CEO of Generation Pakistan (Foundation for Youth Employment Pakistan),

“which goes to show the potential of events like this to bring a new generation of students into game development and to highlight one of Pakistan’s fastest-growing sectors, which has a high demand for talent every year!”

“I am amazed by the overwhelming turnout,” Masooma Zeeshan, CEO, and Co-Founder of Game Train remarked following the completion of Game Rev 2022 powered by Mountain Dew. The gaming fans’ enthusiasm was palpable, and we want to conduct such revolutionary events in the future.”
[wp_ad_camp_3]